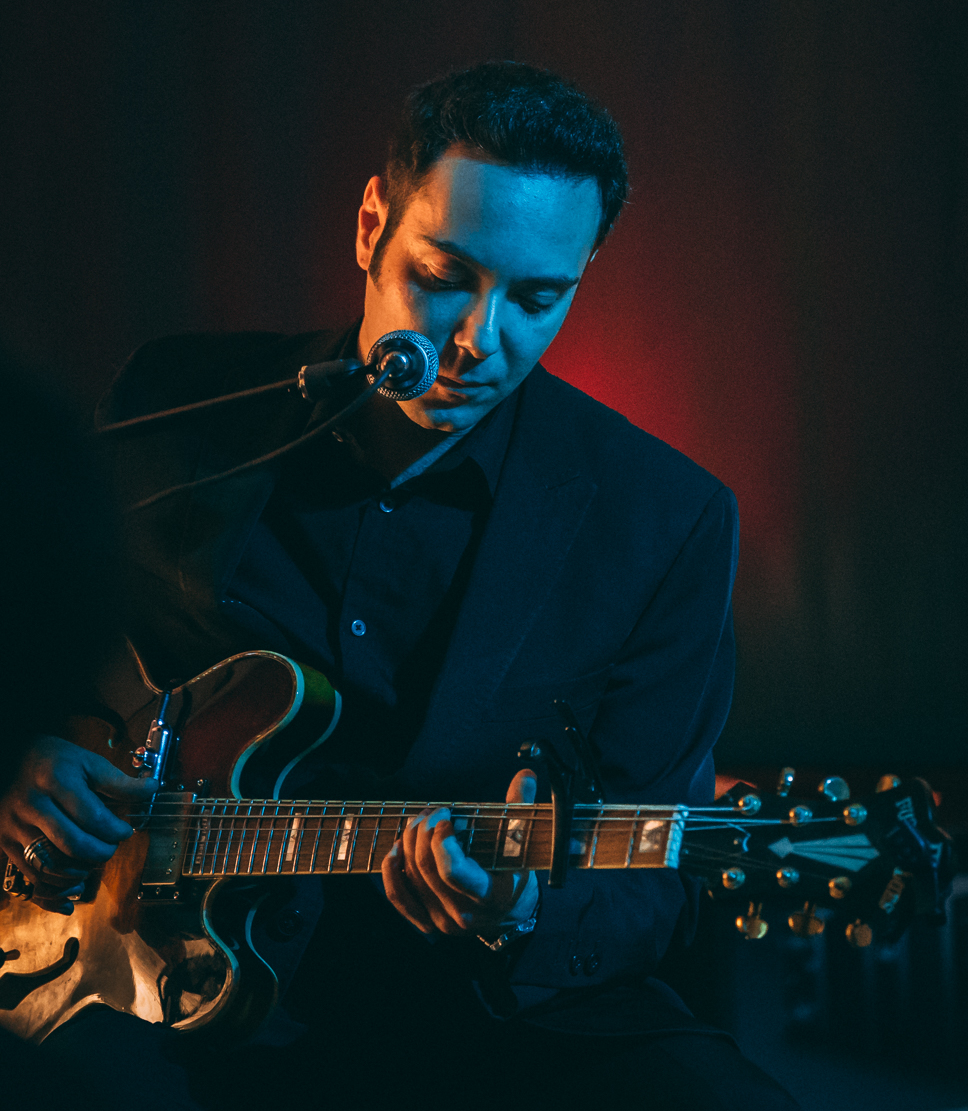 Giulio Allegretti (born 19 June 1986), better known by his stage name SPOOKYMAN is an Italian singer-songwriter, composer, multi-instrumentalist and he is known for his one man band show.

He uses to accompany his own voice with a guitar that he modified by substituting its deepest strings for the bass guitar ones. He uses pedals to beat drums, made of items found in old vintage markets: his bass-drum is truly an old suitcase in a coated board and a tin box for biscuits is instead of a snare-drum. He stresses tercets, octaves, sixteenths with a rusty charleston, and, sometimes, he enriches his compositions with samples pre recorded on a cassette, through a typical eighty's cassette recorder.

His search for unusual sonorities leads him to record his first work in studio only in 2016. The self-titled album, is made of thirteen original tracks and it includes some sharings that give some richness to the album, without taking it away from the stylistic choice of the artist: that of the one man band.

During his career, he collects hundreds of concerts around Europe in solo and occasionally, with other musicians. The experiences lived by the years increase in him the desire to change and in late 2019, he forms a band in support of his project called “The All Nighters” in reference to the typical expression "...all night long" used in many blues lyrics.

In 2020, the band project suffers a severe and forced arrest due to the Covid-19 pandemic. During the period of distance he made an agreement with the pianist and composer Simone Scifoni’s (Drummer and bassist of the project) record label BLOOS RECORDS with whom he co-produces the new album also with the involving of the guitarist Marco Di Folco and the harmonica player Andrea Di Giuseppe.

In June of the same year, he made a recording session in a house in the small village of Pozzaglia Sabina (RI). From those recordings comes the album "BLOOD SWEAT AND TEARS", a work of 10 unreleased songs that focuses on creating a snapshot in which art knows how to resist a historic moment that brings the world to its knees.

The album, a metaphor of the human being’s creative adaptation to the pandemic, is deliberately devoid of the audio definition that can be found in a studio record.

He uses to write pieces inspired from gloomy and autobiographical texts, settled in marsh sceneries. He takes his inspiration fromJohn Lee Hooker, Muddy Waters, Bobby Bland, Louis Armstrong, Nat King Cole, but also from Tom Waits, Nick Cave, Leonard Cohen, Black Keys. His music is a match between past and present, full of many shades in which the root of Blues rules.

Since 2009, he has carried on with his musical project in more and several contexts: from the humblest pub to the clubs, theatres and national and international festivals, always with the usual resolution. He shared the stage with well-known artists such as The Jon Spencer Blues Explosion, Cody ChesnuTT, Eric Gales, Luke Winslow King, Pat Mother Blues Cohen, Eugene Chadbourne, Bob Log III, and others. Fond of testing and experimentation, he worked as a composer and a sound-track performer with several theatrical companies, directors and video-makers.

Since he was a child, he has developed a passion for art, the discipline that influences all his following studies, until he got a degree in painting, with full marks, at the Belle Arti Academy in Rome. From his early teenage years, he has found a key of expression even in music, has made up many bands, playing different genres of music: Grunge, Punk, New wave, Folk, Garage, Surf and Rockabilly, mostly playing pieces written by him. With some of these, he has recorded self produced albums and singles, performing above all in cooperatives and community centres. Once he finished to study, he has resolved to match his passions, by starting a musical journey, unusual and charming to him: dedicating himself to the figure of the one man band. He has been attending the blues scene in the S. Lorenzo quarter, in Rome; has been taking part to many Jam Sessions and has been privately studying Jazz and Gospel singing, at once.

Nowadays, in his house in Rome, he matches his creativity in music and his artistic inspiration to the simple but strong values belonging to his roots, always finding beauty in the smallest things. 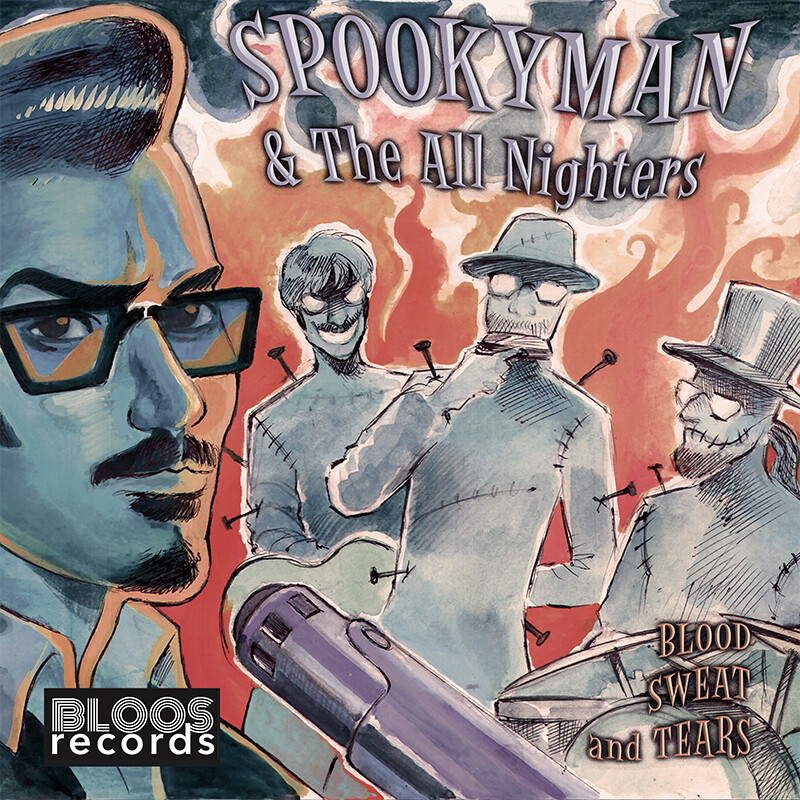