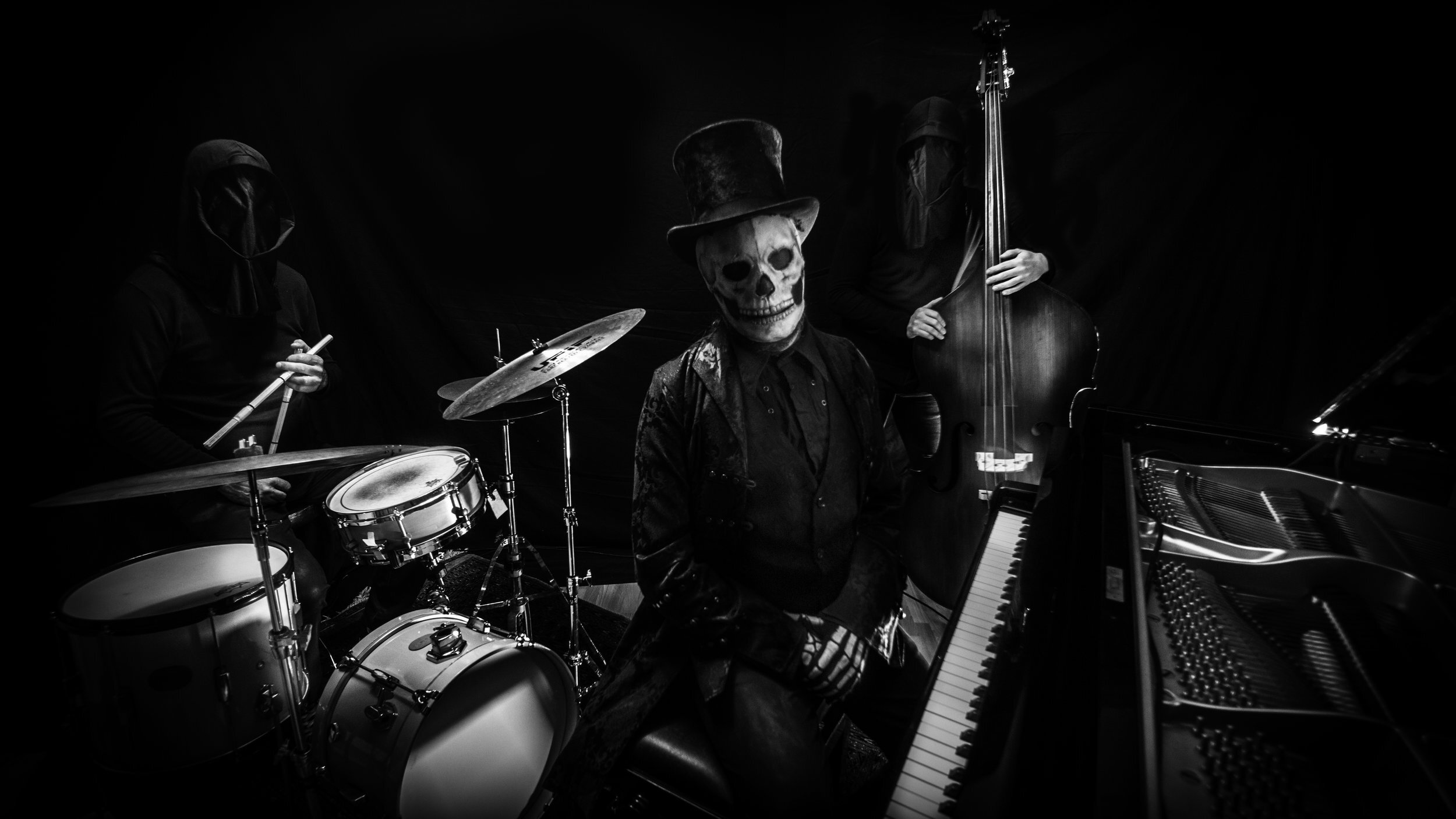 Professor Bones is an anonymous composer and pianist who has chosen to dive into a skeleton’s clothes, thus hiding his true identity.

Little or nothing is known about his life; except for the fact that he appears to have the bowels of the underworld from the land of the dead — where his songs and compositions on the piano take life, and where he celebrates the Blues and its Masters.

The themes of his creations express and recount memories and emotions of an earthly life, permeated by the feeling and the certainty of being dead.

It is the netherworld, where he can meet anyone, from where his stories are born and from where everything takes shape.

There are no rules, no time nor space; there is no style nor any precise sound. Everything flows from the piano and his cavernous voice and by whatever kind of instrument that he decides to use in order to express himself.

So, this is Professor Bones: a creature, that in order to survive, had to die first and then rise from the grave. 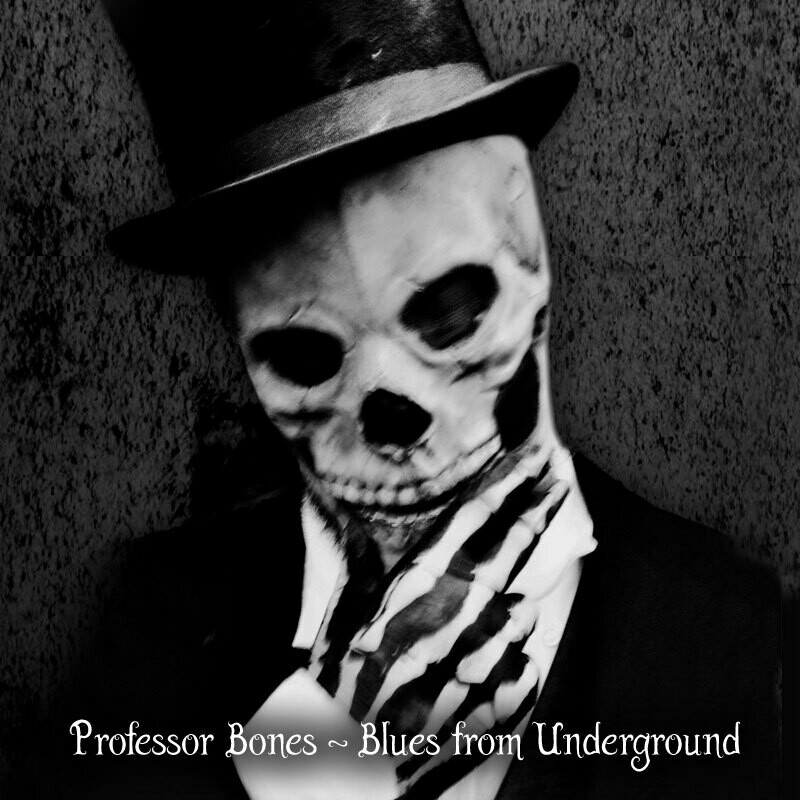 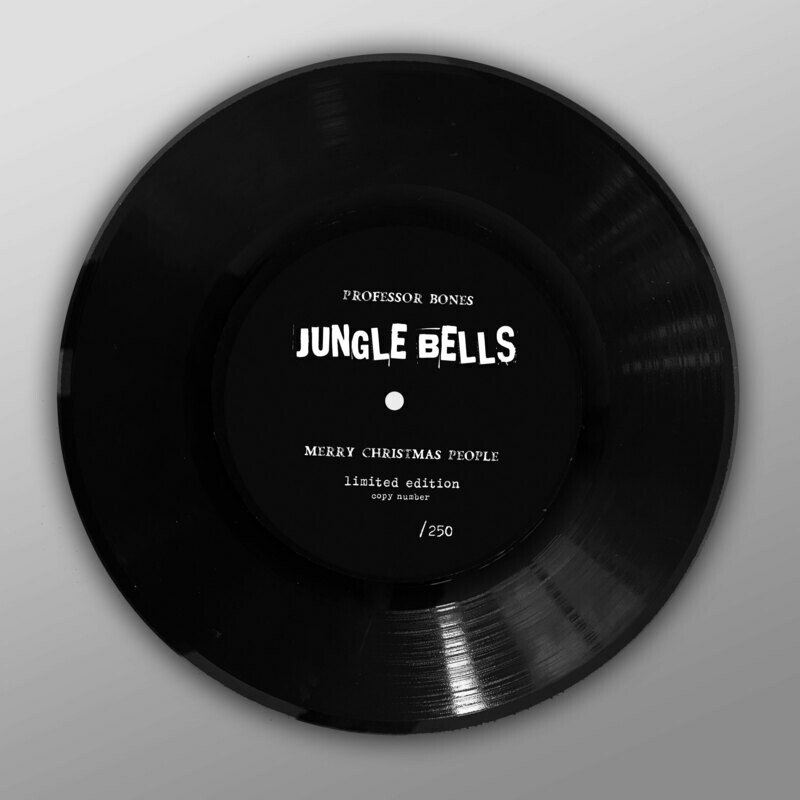