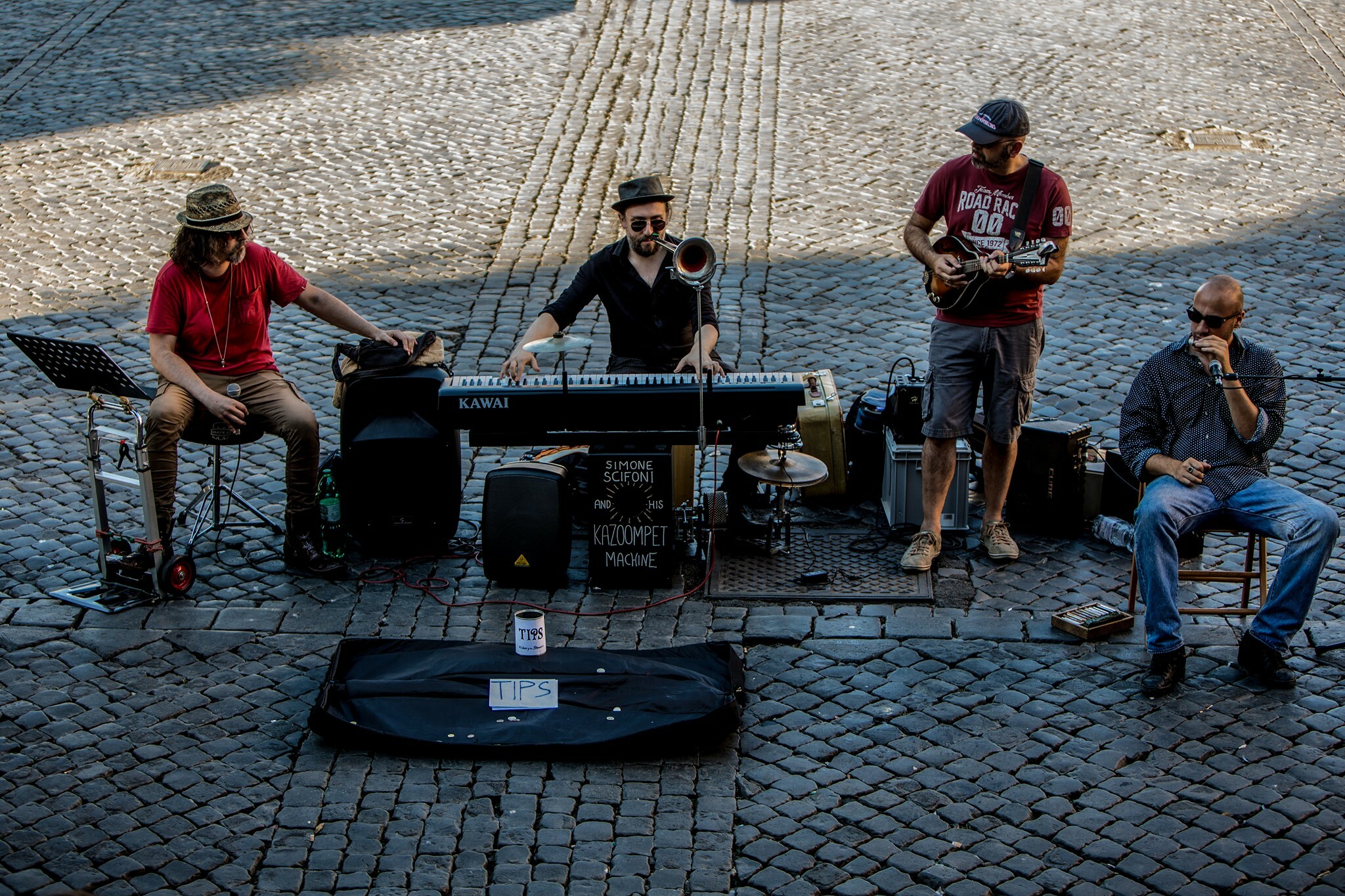 The HOODOO DOCTORS & THE KAZOOMPET MACHINE ease our pains with a recipe of blues which is not often served by local ‘barrelhouses’. Following in the footsteps of old 'jug bands' from the 1930s, the quartet treats us to a vibrant ragtime, skiffle and boogie-woogie atmosphere, without overlooking the right dose of swing making everything fluid and engaging.

The band’s beating heart is the 'Kazoompet Machine', an ensemble of rhythmic, percussive and sonorous instruments simultaneously directed by the ‘one man band’ Simone Scifoni, also performing as the group’s pianist. His notes lead the way through all possible and imaginable piano-blues atmospheres, enhancing the band’s performance with harmonic richness and intense hues. The mandolin and banjo are masterfully played by Lino Muoio, who’s heartfelt tunes thread and bind a musical texture dense with layers and nuances.

Then there’s the 'Pecheronza', a self-built instrument which takes its cue from the first models of washtube bass. With its elastic and rubbery tunes this musical contraption acts as the rhythmic pulse of the entire sound complex. It is played by Andrea Ricci, also the band’s leading voice. His vocality is deeply personal and has a warmth and 'scratch' to it, the icing on the cake in this musical context. Playing the harmonica, we find the junior member of the band, Andrea di Giuseppe. As he blows into the comb of his harp, this young and truly talented interpreter proves he has the blues in his bones, and four, yes four, lungs!

To sum it up, the 'Hoodoo Doctors' synthesize and revive the syncretic character of blues by offering us, in their very own personal way, the most joyful resolution to the smallest and greatest sorrows of life. Therefore, all that remains is to let go, abandon ourselves and gently drift into a liberating catharsis. You’ll feel in the groove just like a catfish in Mississippi river ! 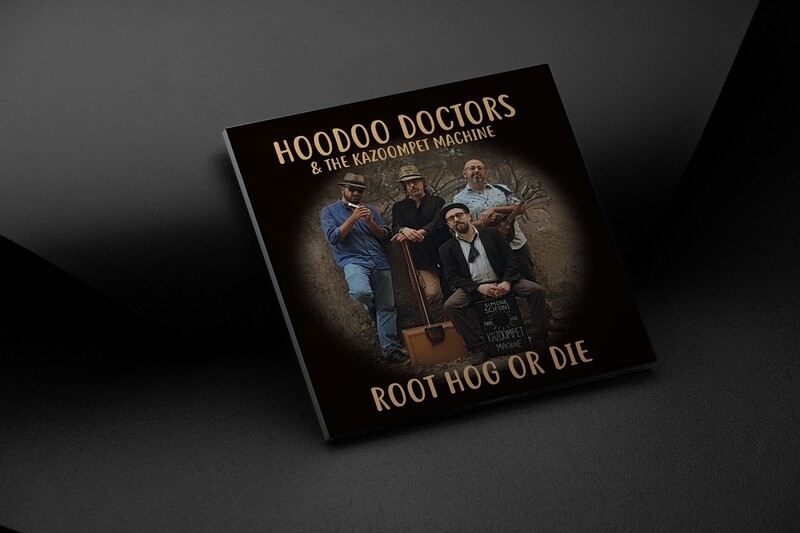