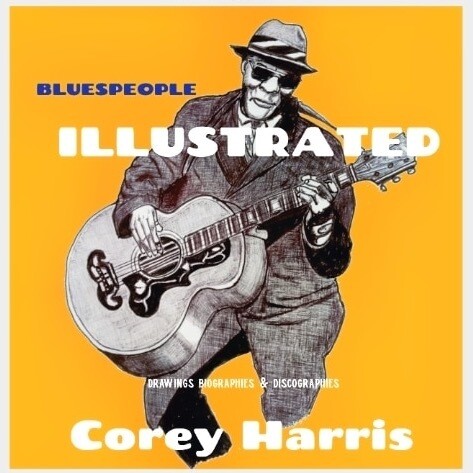 Which bluesman once played baseball for the Negro League? Which bluesman was once the sparring partner for the great Joe Louis? Which famous blues woman got her first job as a dancer for the great Ma Rainey? How much do we really know the blues? Welcome to the world of Blues People Illustrated...a brand new e-book of drawings, biographies and discographies of some of the greatest traditional blues players who ever lived, meticulously drawn and written by Corey Harris. 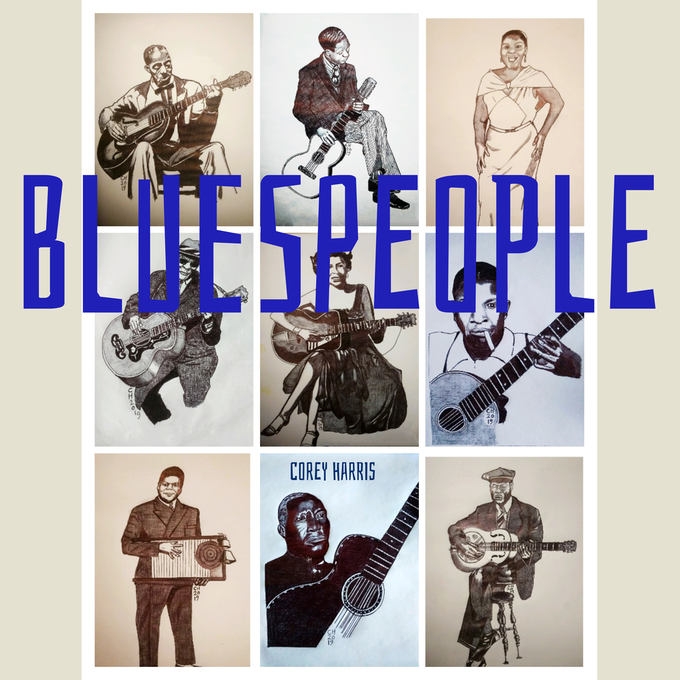 🎵Ever since I was a young boy, I remember hearing the blues...

at house parties, on the jukebox in BBQ joints, at family reunions and gatherings. When I was twelve years old I started playing guitar, inspired by a Lightnin' Hopkins record my mother bought me in an Atlanta record shop. That same year, my folks took me to see B.B. King in concert and at the end of the show I went to the stage and got a free guitar pick from the Master himself! I was hooked. Little did I know that years later, I would be his opening act around the world, hearing him tell stories about growing up in Mississippi, the influence of his uncle, bluesman Bukka White, and beginning his music career in Memphis.

As the years went on, I was blessed to get to know a few more of the blues artists that I had always admired. Men like Honeyboy Edwards, who told me about the night that Robert Johnson died - he was there...or R.L. Burnside who talked to me about his early years in Chicago getting to know Muddy Waters and learning to play music. My elementary blues education started with family gatherings so many years ago, but touring and recording with these elders in the blues was my graduate school...and I am still learning!

Though many of you may know me as a musician, this project is an opportunity for me to share my love for the traditional blues with you in an entirely different way - through art. I have always loved to draw, but the past year I have been called celebrate my heroes using pen and ink. Being descended from southern people myself- schoolteachers, preachers, gamblers, fiddle players, washerwomen, coal miners and sharecroppers, I feel a deep connection to these artists who sang the stories of the older generations...music that still speaks to us today.

Each portrait brings me a little closer to the music that I have always loved, and I hope that it will do the same for you. Accompanying each illustration will be a detailed biography of each artist as well as a discography. I will also include my own personal remembrances of those artists whom I was blessed to work with on stage or in the studio.

This book will tell the story of the blues, told from my perspective and experiences in playing the music of southern Black folk that is now loved and celebrated around the world. Performing, writing and recording roots music has been my life's work. I am so pleased to share my love of the culture with you all!

Save this product for later
Display prices in: EUR